Form cannot be submitted until required fields are completed and reCAPTCHA checkbox has been checked.

Although it’s often harmless, a clogged feeling in one or both ears can be uncomfortable and make it difficult to hear properly. Clogged sensations that are persistent or severe may require a trip to an audiologist for relief. Here are three of the most common causes of clogged ears. 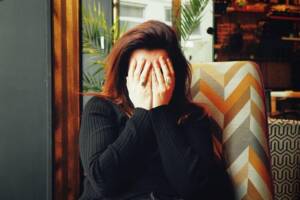 In healthy amounts, earwax is meant to protect the ear by trapping dirt and irritants and acting as a lubricant. If too much earwax builds up, however, it may become impacted, forming a solid mass and causing clogged sensations, earaches, partial hearing loss, and tinnitus, a ringing sensation in the ear. It’s never safe to attempt to remove earwax buildup with cotton swabs, oils, hydrogen peroxide, or other miscellaneous objects, so it’s important to visit a hearing professional if you suspect earwax as the cause of your clogged ears.

Clogged ears may also be caused by fluid buildup, which can often be very painful. Excess fluid in the ear can occur as the result of an infection. Severe pain or discharge from the ear are signs that you should see a doctor. Water may also enter and become trapped in the ear during swimming, bathing, or showering, in a condition known as swimmer’s ear.

Sinus pressure caused by infections or other illnesses may also contribute to clogged ears. When the sinus cavities located near the ear canal become inflamed, the Eustachian tube no longer regulates ear pressure properly. The resulting increased pressure on the eardrum can then cause a clogged sensation, as well as pain, tenderness, and temporary hearing loss.

An audiologist can evaluate the discomfort of clogged ears. At Associated Hearing Professionals, our team performs comprehensive hearing tests and offers a full range of hearing aid services. Schedule an appointment today by calling 314-725-2686 for our St. Louis office or 636-778-9232 in Chesterfield.

Our Audiologists have a total combined 70 years of experience in bringing the best possible hearing care to the St. Louis, MO Metropolitan area.
Read More »

Associated Hearing Professionals view your hearing health as part of your overall healthcare. Hearing loss is associated with many other health conditions, including cardiovascular disease, diabetes, depression, and dementia.

Our offices are both open and we are practicing guidelines recommended by the CDC for the health and safety of our patients and staff. Please contact us at 636-778-9232 or mail@HearSTL.com with any questions you should have.